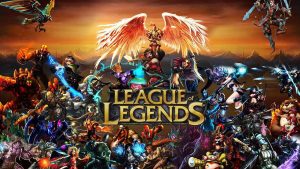 League of Legends Riot Games, the maker of the popular game “League of Legends,” is going to federal court in an effort to stamp out the sale of stolen user accounts. In the lawsuit, filed on Friday, the game-maker accuses Zachary Kaufman of Peoria, Arizona, of operating two sites that trafficked in stolen accounts.

Kaufman allegedly operated DivineSmurfs, formerly known as EliteSmurfs, which billed itself as the “#1 ranked League of Legends account shop.” Riot Games accuses Kaufman of infringing on its copyrights by using “League of Legends” graphics, and of violating the game’s terms of service, which forbid the sale of accounts.

“League of Legends” accounts are free to beginners, but as players advance through the game, and pay to unlock certain game features, the accounts become more valuable.

DivineSmurfs — which is no longer online — claimed that each of the accounts that it offered for sale had been generated internally.

“We produce all of our LoL smurfs accounts ourselves,” the site stated. “We are the only people who have access to these accounts until they are sold to you — they do not come from any third party.”

But according to the lawsuit, the site was in fact selling stolen login credentials.

Riot first learned of EliteSmurfs, which is one of many that offers accounts for sale, last fall. According to the suit, Riot initially submitted an infringement notice to PayPal, which processed the site’s transactions. Riot then received an email from Kaufman, who stated he had received the infringement report, and who volunteered to comply with Riot’s request, according to the lawsuit. Instead, however, Riot alleges that Kaufman simply switched the site’s name to DivineSmurfs and continued to operate.

A Riot employee then bought an account from the site. The account’s login history revealed that it had been accessed from IP addresses in Europe, Africa, and North America — a strong indication of theft, according to the suit. One of the IP addresses was located in Peoria, Arizona. The company then searched that IP address and found that it had been used to access some 10,000 accounts since 2014. Many of those accounts had been reported stolen, according to the suit, and the company had been forced to refund tens of thousands of dollars in fraudulent purchases made with those accounts.

“It appears that DivineSmurfs has engaged in this fraud thousands, if not tens of thousands of times,” the lawsuit states.

Riot also searched Kaufman’s email address and found that it had been used in several previous customer service tickets. In one case, Kaufman had provided his driver’s license, which listed an address in Peoria, Arizona.

On its site, DivineSmurfs offered a “lifetime warranty” in case the purchased account was banned by Riot Games for account trading. Riot Games banned the account it purchased from DivineSmurfs. But when its employee attempted to claim a replacement account, the request was refused, according to the suit.

“Evidently, DivineSmurfs’ business model is to sell stolen accounts to unsuspecting LoL users (who believe they are purchasing a legitimate, authorized product) and then pocket the proceeds if and when the fraud is uncovered and Riot bans the stolen account,” the suit states.

Kaufman did not immediately respond to a message sent to the email address identified in the lawsuit.

Riot Games has become increasingly aggressive about defending “League of Legends” in court. Last week, Riot reached a settlement with the operators of LeagueSharp, a script site that gave users unfair advantages within the game. According to Riot’s lawsuit, LeagueSharp players were able to automate gameplay and see hidden information, in violation of the terms of service. Riot also alleged that the automation feature enabled users to develop accounts that could later be sold. 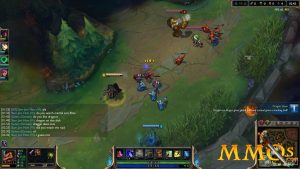 To download and install the full crack, you need not go through any hard or complicated process. Just follow the steps below:

Microsoft Office 2016 Crack and KMSpico is still one of the best productivity software for the users. If you want to improve the collaboration and want to work with multiple people on the same file in an easier way, you can choose it. This tool was first published in early 2016 and it is still now popular. It is so much useful to the students and also for the professionals. So, do not miss a chance to enjoy this software.